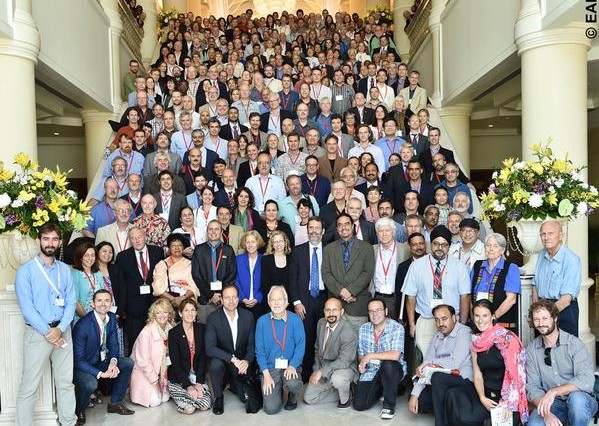 The third IUCN SSC Chair’s meeting was held in Abu Dhabi in September and, coming almost one year from the inception of the Conservation Genetics SG, marked an important stage in the development of the Conservation Genetics Specialist Group. Both Mike Bruford and Gernot Segelbacher were able to attend and it was an extremely useful and thought provoking event. At the outset of the meeting we had the aim of publicising the group with other Specialist Group Chairs and IUCN more widely, of assessing the current status of genetic research within the SSC, of gauging the need for our participation across the SSC and, crucially, of establishing a preferred model by which the group should scale up its activities during the next 12 months.

The vast majority of SGs are taxon-based and have very different structural models to our group. For example, the crocodile and primate groups are spread across the globe and the Primate Specialist Group has 550 members spread across eight regional groups and with two additional taxon-based groupings. There are many much smaller groups and, as has often been noted with some regret, an almost inverse relationship between the size of them and the taxonomic diversity they cover. There are ten so-called ‘Thematic Groups’, and CGSG is one of these. Some are very large and have been established for a very long time running substantial programs, for example the Conservation Breeding Specialist Group (CBSG). Others, such as CGSG and the Climate Change group, have been established recently and are currently small.

On the first day of the meeting a “Market Place” was held at which all the Thematic Groups had tables that other members of the SSC came to visit to find out about our activities, ask for advice and offer help. Gernot and Mike had a relatively busy time during the 90 minutes allocated to the event. IUCN provided a rapporteur and a focal point for this session both of whom were able to note down discussions and provide a useful summary of these discussions which included red-list species and genetic diversity, the role of eDNA, how the group should best scale up its activities and evolve structurally and on the forensic analysis of plant genetic resource (including timber traceability), which we are now digesting.

Mike attended a very interesting session about how the SSC could assist IUCN with their efforts to help provide the data to evaluate progress towards achieving the CBD’s Aichi 2020 Targets. The session was focused on Target 11 (Ecosystems) and Target 12 (Species). However, Mike raised the issue of Target 13, and a long discussion ensued about Target 13 and what the genetics group has done so far on the issue of Target 13 indicators. One of our members (Sean Hoban) has been organizing an application to NIMBioS for a meeting of statistical and conservation geneticists to develop genetic indicators. The original application was unsuccessful but a follow-up is being developed. While there may be greater urgency to this development if we are aiming for an indicator for 2020, CBD is already turning its thoughts to 2030, so development of indicators is something that is likely to evolve over an extended period.

An unexpected yet important issue to emerge from the discussion was the effect that the Nagoya Protocol is having on international collaboration and research on genetic material. The Protocol has been in force since September 2014, and now governments have realized the severity of the restrictions that are imposed by it, we have received anecdotal reports that movement of samples is drying up. Thus this apparently important international protocol to protect genetic resources could inadvertently be severely affecting the exchange of genetic material across borders in the future, regarded by all attendees as deeply concerning. CGSG is likely to be asked to help draft a statement on this issue. 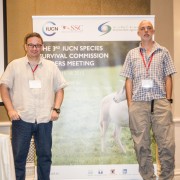 This site uses cookies. By continuing to browse the site, you are agreeing to our use of cookies.AcceptPrivacy